We often hear in the media that one type of food is good for you and another food isn't. Television advertisements warn us that staying in the sun too long may cause skin cancer. The government tells us that carbon emissions may increase global temperatures. Have you ever wondered how scientists use statistics to make conclusions like this? Here, we will investigate one of the methods used.

How to Find the Regression Equation

A Scatterplot is a graphical method used by statisticians to determine if there is a relationship between two variables (e.g. longer exposure to sunlight and increased incidence of skin cancer). The scatterplot consists of a collection of plotted points on a Cartesian plane where the independent variable is marked on the x-axis and the dependent variable is on the y-axis). If the points appear to exactly or approximately make a line, then a relationship exists. Such a relationship is called a Correlation.

The Line of Best Fit is the line that is drawn such that approximately half of the points are on each side of that line. This is also called the Regression Line. There are two methods to draw the line of best fit:

The Regression Equation of the line of best fit is then calculated. The equation of a line is:

where
m is the gradient
c is the y-intercept.

A Positive Correlation occurs when both variables increase at approximately the same rate and are almost in direct proportion to each other. As the x-variable increases, the y-variable also tends to increase. Similarly, both variables may decrease at the same approximate rate. Graphs showing positive correlation have upward slopes.

Examples of positive correlation are:


A Negative Correlation occurs when the x-variable increase, the y-variable tends to decrease almost in inverse proportion to each other. Graphs showing negative correlation have downward slopes.

Examples of negative correlation are:

Woolly Mammoths (huge prehistoric elephant-like creatures) became extinct at least 10 000 years ago, possibly due a global freeze. Many whole carcasses and their tusks remain in the frozen ground of Northern China and Russia. If future global temperatures rise, there will probably be an increase in fossil findings and more will become known of their existence. What type of correlation - positive or negative - may exist between future global temperatures and the frequency of fossilized mammoth findings? 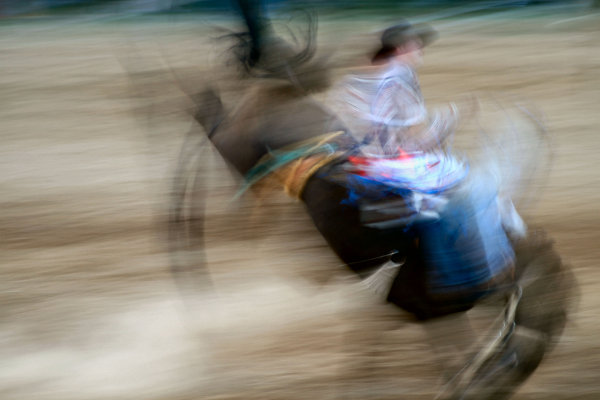 Bronco and bull riders suffer enormous strain on their bodies as they struggle to stay on the powerful writhing animals. Common injuries include fractures, torn biceps, over-extended elbow, spinal cord damage and back injuries. Here is some fictitious data to determine if a relationship between the average age of rodeo riders and the average total number of injuries per person.

There is a positive correlation. As a rodeo rider ages, he/she will suffer more injuries.

Question - How Many Injuries are expected at 40 Years of Age?

There are 2 ways to work out how many injuries would be expected at the age of 40 years. The first way is to extend the line of best fit (extrapolate). The second way is to substitute x=40 into the regression equation. How do your answers compare?

In 2011, Russian Customs Agents seized 5 Woolly Mammoth Tusks, over 1000 bear claws and 26 elk lips that were being smuggled in a Chinese truck. The tusks and claws were destined for sale as decorative items, but the elk lips were for an exclusive restaurant market. What type of correlation - positive or negative - may exist between government funds to prevent illegal wildlife trafficking and the profits made from smuggled goods? 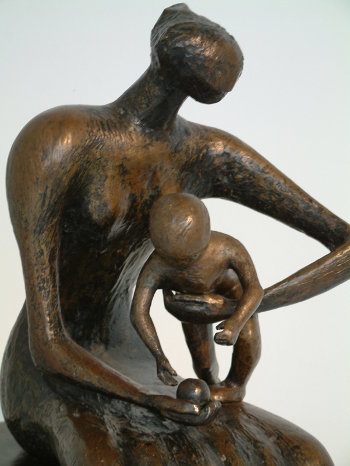 When a married couple cannot conceive a baby naturally by sexual intercourse, they may choose to use the IVF (in vitro fertilization) method. In IVF, egg cells extracted from the woman and sperm cells from the man are combined in a test-tube. However, this does not ensure a successful pregnancy and birth of a child. Here is some fictitious data to determine if a relationship between the average age of women and the percent success rate of IVF.

There is a negative correlation. As the women's age increases, the success rate of IVF decreases.

Warning - This experiment must be done outdoors! 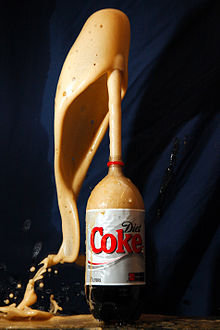 Question - Scatterplot of Effectiveness of Bombs 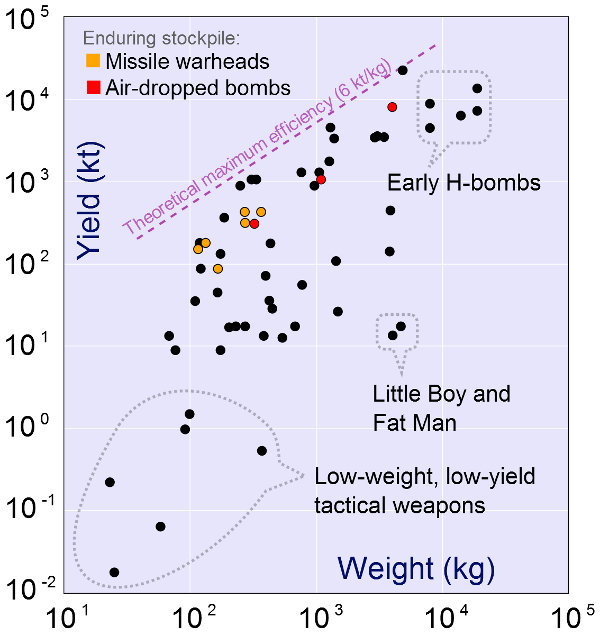 By first estimating the Yield and the Mass, work out the approximate destructiveness of the "Little Boy" and the "Fat Man" atomic bombs dropped on Japan in 1945.

Answer
Approximately 4.5 kt/kg or 4 500 000 times more destructive than its mass