Before viewing this page, it would be helpful to view the following web pages: 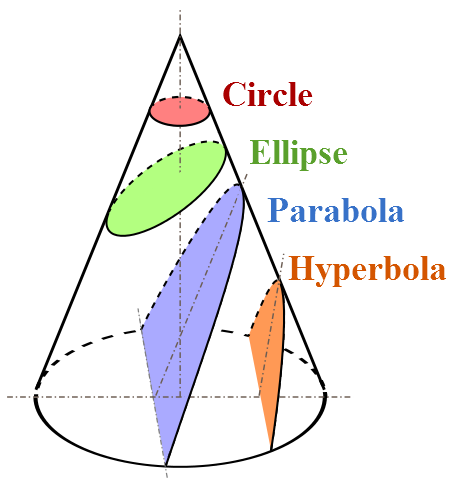 There are 4 graphs that are formed when a cone is sliced by a flat surface. These conic sections are: 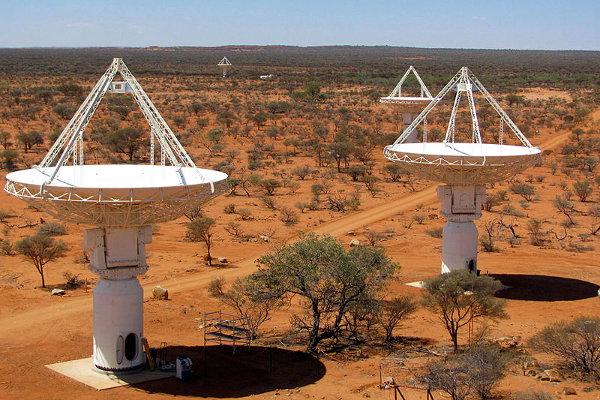 The U-shaped graph of a quadratic equation in the form of y = ax2 + bx + c is called a parabola.

Examples of parabolas include:

The roots of the equation are the point(s) where the parabola crosses the x-axis. These are the solutions found by factorizing or by using the quadratic formula. There may be two, one or no roots.

The turning point is the point where the graph turns. The formula to find its x-value is:

Look at the steepness of the graphs of Examples 1, 2 and 3.

What effect does the co-efficient of x2 have on the steepness of the parabola?

Look at the steepness of the graphs of Examples 1 to 6.

What effect does the negative co-efficient of x2 have on the shape of the parabola?

Look at the steepness of the graphs of Examples 1, 7 and 8.

What effect does the constant (i.e. +3 or –3) have on the position of the parabola?

ROOTS
When you solve the quadratic equation y = x2 – 6x + 8 = 0 by factorization or by formula, x = 2 or 4. These are the 2 roots of the equation. What do you notice about these roots and the points at which the parabola crosses the x-axis?

The S.K.A. (Square Kilometre Array) of radio telescopes in Australia, New Zealand and South Africa consists of numerous parabola-shaped radio telescopes, altogether with a collecting area of 1 square kilometre. When operational in 2020, the universe will be observable ten thousand times faster than is currently possible.